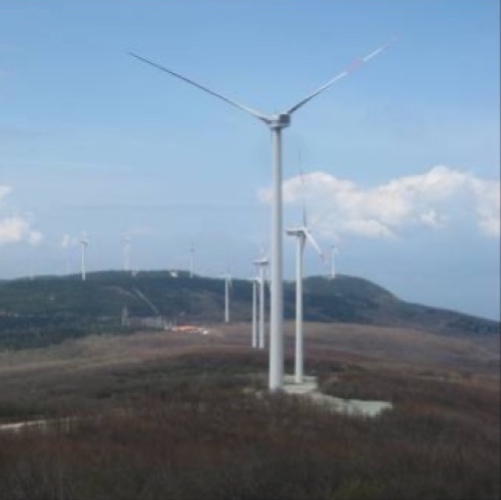 The wind power plant includes a total of 20 VESTAS V 90 turbines at an installed capacity of 3MW each, 60 MW in total. Technical feasibility, namely wind speed measurements and power output estimations site condition analysis was done between April 2007 and October 2008. Predicted mean wind speed is 8.6 m/sec, which qualifies the site as suitable for the erection and operation of a wind park.

The expected power generation for 60 MW installed capacity is 10.4 GWh/a for each turbine or 207.9 GWh/a (gross) for the entire wind park. Net power generation is expected to be 182.7GWh/a. The wind park will result in reducing CO2 emissions in the range that the same amount of fossil fuel grid connected would be replaced. The calculated Combined Margin CO2 emission factor is 0.6131 tCO2/MWh. The annual expected net CO2 emission reductions are 108,692 tCO2.

Before the project implementation started no energy generation from wind or any other energy source occurred at the proposed site. The project area is located 100% on forestry land. The land has been rented from the authority for 49 years. The area located in the project boundary but not used for turbines, transformer station and social buildings can still be used for forestry purposes.The proposed project activity will be connected to the national grid (Akcalar Transformer Station). 45 km new transmission line will be built to connect the wind park to the national grid system.

Companies that offset their emissions reduce negative impacts on the environment. With Dot Neutral, you will fully automate offsetting your activity.